Every aspect of the Unreal Engine has been designed with ease of content creation and programming in mind, with the goal of putting as much power as possible in the hands of artists and designers to develop assets in a visual environment with minimal programmer assistance, as well as giving programmers a highly modular, scalable and extensible framework for building, testing, and shipping games in a wide range of genres. 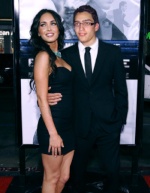